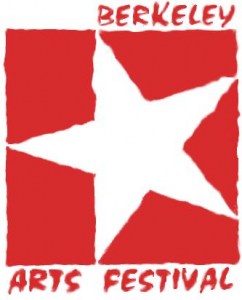 To play 2 different instruments at the same time is to split one’s awareness into duplicated consciousnesses, each listening to each other through a membrane of silence, like self and its reflection in a mirror seen through a transparent film of glass.

… ones I enjoy as often as possible, by means of electro-acoustic auto-duets involving piano + laptop.

The sensation of oscillating between who is Self and who is Other in the duet (when you are both…) is a delicious moiré. 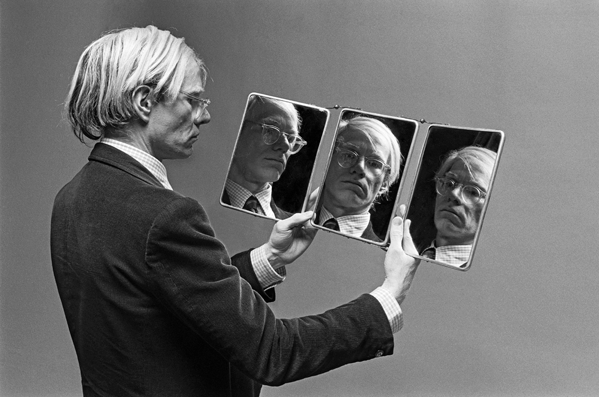 The computer is a unique mirror for such reflection because you can leave bits of yourself in it in an algorithmic AI nutrient bath, and then these bits grow and start to surprise you. Because you can teach it. Because it can teach you.

But once it starts teaching you, who is the distorted xerox? who is reflecting whom?

To learn from, to teach, and to duet with your “software-other”, is a hall of mirrors, within which any firm basis for existence dissolves.

The aim is to focus this self/other sonic moiré to induce multidimensional hysteresis loops and chaotic episodes in both performer and listeners.

The mirror consciousnesses of the laptop-piano auto-duet will be enhanced by certain high-reflectivity devices: 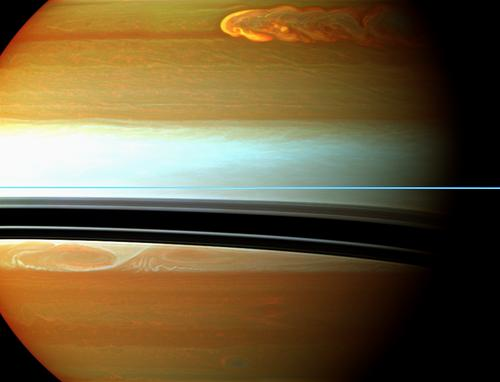 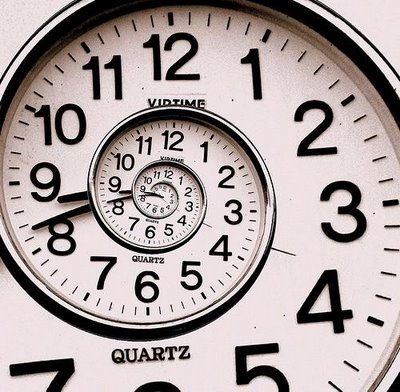 Bent time reflecting in on itself

Like the Yì Jīng (易經) and Chinese Bāguà magic mirrors (八卦), we can use 8-fold-symmetric combinations of these 3 dualities to see through time, repel demons, and purify infinitely large spaces.

But if infinite space is purified reflection, then what is the mind?

The mind is a standing mirror bright.

Polish it diligently all the time.

However, then there is the reply of Huì Néng (惠能), whose even better answer made him the 6th Ancestor instead…

Fundamentally there is not a single thing —

Where would the dust stick?

Join me and the developing rudiments of my software-other, Maxxareddu, in the space….

Gestaltish is a flexible quartet of improvisers that, when organized as a whole, may be perceived as more than the sum of its parts. This group traipses freely through diverse musical territories from wonky rhythms to timbral landscapes to melodies woven in counterpoint. They are fearless, fun, occasionally metaphysical and always unpredictable.

Those who have heard their recent Luggage Store show have experienced the unique sonic space this ensemble opens and will want to revisit it at the first opportunity. 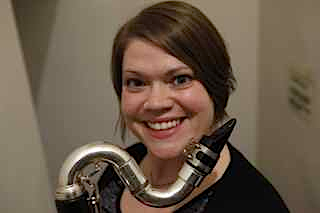 Rachel Condry is an Oakland based clarinetist, improviser, composer and educator.  Her musical interests span from pop to classical to free improvisation to acousmatic composition. She is often found collaborating with other disciplines such as art, poetry and dance.

In 2005, Rachel made her Carnegie Hall debut with The Matt Small Chamber Ensemble, a group that blends jazz and classical approaches with free improvisation.  She is also a founding member of the San Francisco Composers Chamber Orchestra with whom she has frequently been featured as a soloist.  She is also the principal clarinetist of the Golden Gate Park Band, the oldest civic band in the nation. Rachel  has also been known to occasionally play “heavy chamber music” with the bass clarinet quartet, Edmund Welles. Rachel holds an MFA from Mills College and a BA and BM from Oberlin College and Conservatory. 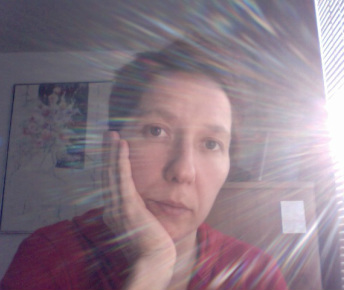 Gretchen has an MFA in Electronic Music & Recording Media (with the Donna Peterson Vocal Prize) from Mills College, as well as an intermediate koto certificate (with distinction) from the Sawai Koto Institute (沢井箏曲院) in Tokyo.  She teaches music technology at University of the Pacific in Stockton, California. 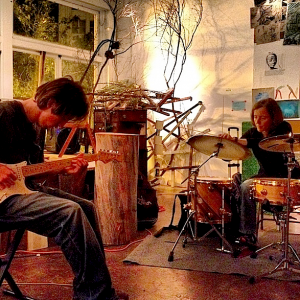 Jacob Pek is a guitarist from Las Vegas, NV. He’s currently based in Oakland, CA where he studies with Fred Frith & William Winant at Mills College. His music follows in the lineage of Sun Raand Karlheinz Stockhausen — a “Cosmic Spirit Music” inspired and informed by jazz, jamming, bird song,Bach, Jimi Hendrix, and the reality of interwoven realms. He plays in the wonderful quartet Gestaltish with Rachel Condry, Gretchen Jude, and Jennifer Wilsey.

If you have heard him, then you know…

If not, you will want to know, so come hear his unique an highly refined exploration of the sound generating possibilities of the guitar and a variety of other objets sonores.

In addition to Gestaltish, Jacob also plays in the trio Ell3, with Andrew Jamieson and Joshua Marshall. 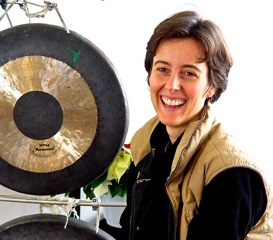 Jennifer Wilsey, improviser/composer/educator, currently performs with improvising ensembles The Bloom Trio (with W. Allaudin Mathieu and George Marsh), Timeless Pulse (with Pauline Oliveros, Thomas Buckner, George Marsh, and David Wessel), and Gestaltish (Gretchen Jude, Rachel Condry, Jacob Pek).  In addition to ongoing activities as a concert percussionist, Jennifer’s past projects included work with The Good Sound Band, Wrestling Worms, Petr Kotik and the S.E.M. Ensemble, Stuart Dempster, and Anna Halprin, among others.  Jennifer’s recordings can be heard on the Deep Listening, Mutable, Cold Mountain Music, and Pitch-A-Tent labels.  She received her BA in Music from UC Santa Cruz and MFA in Improvisation from Mills College, and is a Deep Listening Certificate holder.  As an educator, Jennifer teaches percussion, percussion pedagogy, and directs the Percussion and Improvisation Ensemble at Sonoma State University.  At Mills College she teaches Advanced Musicianship while serving as the Musicianship Program Coordinator.  She also maintains a private studio, offering creative music lessons in Santa Rosa and Oakland, California.

Join us (and Alice) through the looking glass….