Posted on September 6, 2013 by Administrator 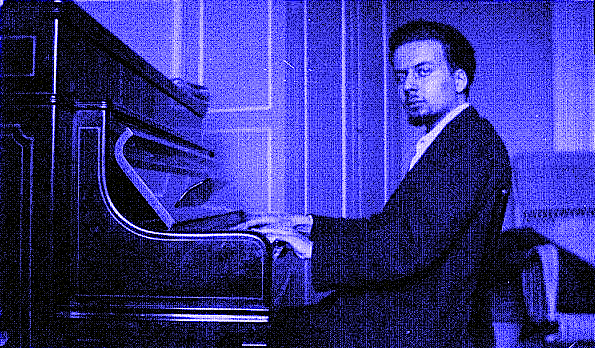 Giacinto Scelsi at the piano

The superb series at the Crane House (for address/directions contact me at joe@joelasqo.com) has made it into one of the most interesting places to hear improv & new music in the Bay Area.

I’m excited to play again at this unique dance-studio venue, with its beautiful acoustics, for a set of laptop/acoustic improvs with Jacob L and guitarist Kristian Aspelin on Sat 07 Jan at 8pm. 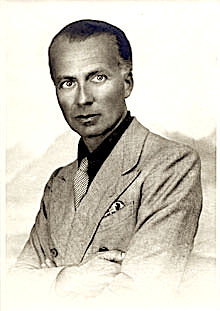 We’ll be presenting improvs based on pieces and concepts from two giants of 20th-C music, Giacinto Scelsi & John Cage, as well as improvs based on the pitch-class permutation concepts of Allen Forte and Robert Morris, which have formed the basis of the “Morton Feldman sound” (among many others), taking some of the most intriguing developments of late 20th-C avant-garde music far beyond their original classical contexts.

The result will be a sonic infinity pool of space, pitch, timbre… and more space, that will leave your ears and mind refreshed and sharpened. 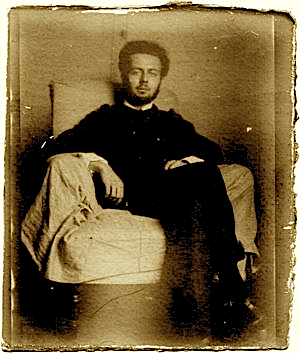 Born to an aristocratic Southern Italian family in 1905, Giacinto Scelsi (d. 1988) was perhaps the strangest member of the remarkable school of post-war Italian composers, also including Nono, Berio, Bussotti, and Maderna, a school whose brilliance has been getting more exposure here in the Bay Area in recent years by sfSound, among others.

His music is marked by a supreme concentration on single notes, combined with an acute sense of form and elaborated through microtonal shadings, harmonic allusions, and variations in timbre and dynamics, creating a deceptively simple music of whose power is both stark and subtle. 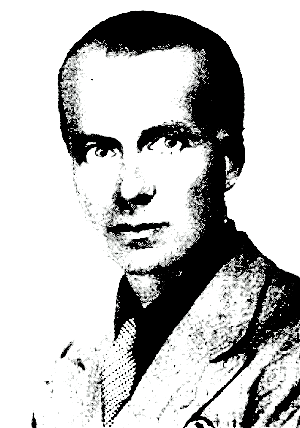 A virtuoso pianist and compositionally influenced by Futurist Luigi Russolo, dodecaphonists like Alban Berg, and Scriabin, Scelsi came into conflict with the Fascists and decamped to Switzerland during World War II. After the war, he suffered a mental breakdown. His therapy consisted of playing a single note on a piano over and over again, listening to its resonance and decay, and this was to open the door to his new style.

After Scelsi began composing again, the musical ideas of Asia (in particular, India and Tibet) assumed a large role in his music, and he wrote a string of piano pieces based on ostinato pulses, clusters, shimmering overtone mixtures, and resonance effects, in which extreme power and tension can be drawn from a single note — a note which is not a point, but a process, whose pitch, timbre, and other qualities could change in time without its losing coherence.

Later after the war, the various types of microtonal glissandi and extended timbre-melodies from Indian and other musics which captivated Scelsi moved him beyond the piano to strings and his brilliant Divertimenti for solo violin.

From the excellent bio essay by Todd Michel McComb (here) re this period:

“Scelsi was fifty years old in 1955, and in the midst of establishing his epoch-making style which was to yield a succession of individual masterpieces in the 1960s…. his aristocratic position freed him from financial worries… [and] he had traveled extensively in India and Nepal, learning much of eastern yoga and mysticism… By this time Scelsi had restricted himself to linguistic expression only through French poetry – he had disavowed any analysis or explanation of himself or his music, indeed refusing much personal contact as well as photographs. He had moved to an apartment in Rome, overlooking the ancient Roman Forum, and had established an environment in which his intuition was to blossom apart from the mainstream of music…”

This passage highlights one of Scelsi’s eccentricities — he never let his image to be shown in connection with his music, but identified himself by a line under a circle, derived from the Japanese Zen symbol ensō (円相)

In this period, Scelsi wrote many pathbreaking short pieces for wind instruments. This music includes not only the influence of sonic philosophy from India and East Asia, but also of the Middle East, an interest since his first encounter with Middle Eastern music in Egypt in 1927, adapting many aspects of the dusky-sounding Middle Eastern ney (ناي‎) flute so beloved by Sufis to the clarinet. He also elaborated a method of working out compositions in improvisation, recording them, and later notating them. His requirements led to specialized string notation, the use of a variety of mutes for brass, slow glides outside of normal time between notes, quarter-tone electric organs, and many other innovations.

In later years, Scelsi had quite a few friendships and interactions with American composers, esp. the 60’s expat scene (Alvin Curran, Frederic Rzewski, John Cage, Morton Feldman, Earle Brown, among others), and was an inspiration for Ennio Morricone‘s (yes, that Ennio Morricone) free-improv Gruppo di Improvvisazione di Nuova Consonanza, but his music did not begin to receive wide-spread attention until the last decade of his life in the 80’s, via a notable series of concerts and premiers in Köln and elsewhere.

Jacob, Kristian and I will be doing 4 improv pieces inspired by Scelsi’s 3 Studi for Clarinet, 3 Pezzi for Saxophone, and his final, deeply enigmatic work for bass instruments, Maknongan. It’s been a fantastic experience for me to explore how to add the dimension of laptop/electronic sound into our improvs based on these originally purely acoustic pieces.

As is well known, John Cage was heavily influenced by Zen Buddhism and Japanese culture in general, and some of the most remarkable results of this  are his musical re-imaginings of the fascinating traditional Japanese linked-verse form, renga (連歌).

With beginnings in the time of the Man’yōshū (万葉集), c. 760 A.D., renga evolved into a very sophisticated game played by connoisseurs who used its 5-line stanzas consisting of a 5-7-5 syllable haiku (俳句) + a 7-7 syllable response in an interplay of group-improvised linked-verse, exchanged among the members of a (usually saké-soaked) poetry party (not unlike the similar game of cadavre exquis played in graphical form by the Paris surrealists).

Say hello to my little friend...

Lately I’ve been extending Cage’s renga-methodology with various improvising musicians, using a new renga-kai (連歌会, “renga-party”) form, and this collaboration with Jacon and Kristian is one of the happiest results.

We’ll be playing a mini-renga-kai of improv duets based on the final 6 poems in the climactic kyū (急) section of a 36-verse renga-sequence, using an event structure abstracted from Cage’s two-piano renga piece Two² (which I’ll be performing with fellow pianist Patti Deuter later this year in Oct).

Jacob and Kristian’s spare and intently focused playing styles are perfect to bring out the inner vastness which can be contained within the exactly 31 events of each piece. The result is a luminous sonic space within which hangs a shifting mobile of distinct sound-colors.

A few Klangfarben drift by... 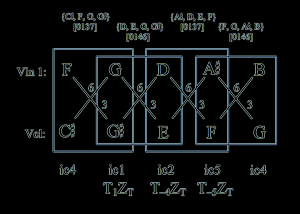 Finally, we’ll be presenting improvs based on the pitch-class permutation concepts of concepts of Allen Forte and Robert Morris. The music-theoretic concepts of these two giants have been critical to 20th-C music in many areas of 12-tone theory, algorithmic and computational approaches to pitch transformation, etc. 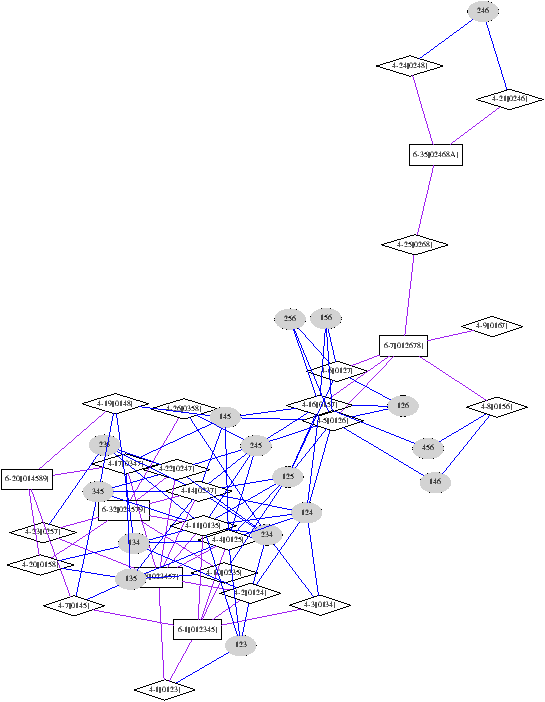 We’re going to put them to good work in a set of kaleidoscopic transformations of two pitch-class sets that generate rich sonic universes from very small kernels. Again, Kristian and Jacob, with their long history of shimmering improvs based on pitch-class permutations, are the perfect partners in this aesthetic exploration. 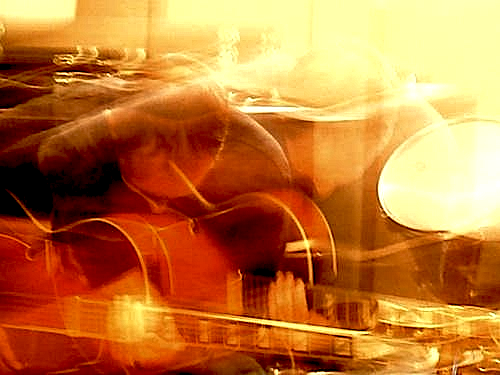 Starting as a rock guitarist, Kristian’s brain got fried courtesy of John Coltrane, sending him off into an extended exploration of jazz harmony, theory, and composition, while playing in numerous combos and large ensembles.

This eventually led him to realize his goal was beyond… in the worlds of non-idiomatic free improv.

Using an unadorned, pure sound as his template, Kristian rigorously explores and extracts from his instrument the melodies, rhythms, harmonies, and textures needed to express or complement a given moment of the improv.

I keenly look forward to join Jacob and Kristian to explore this unique material for you listening pleasure. 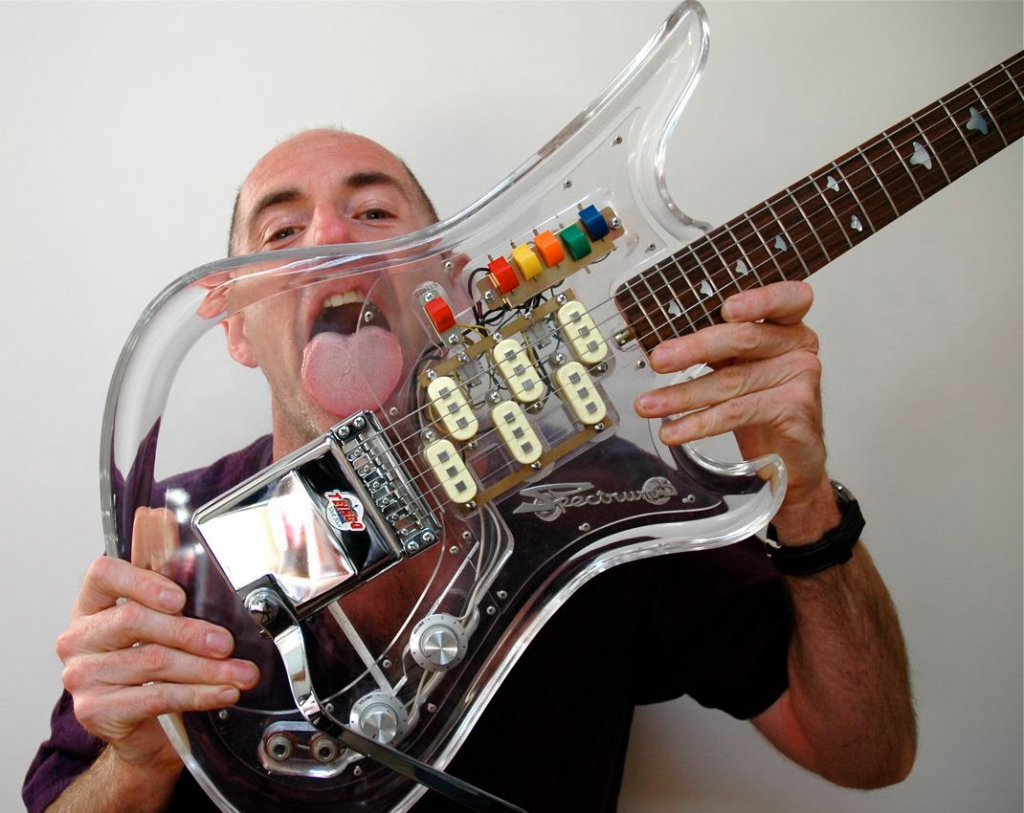 I am honored to share the bill with the incomparable Henry Kaiser, one of my favorite musicians and a true pioneer of the guitar.

In 1977, Henry Kaiser founded Metalanguage Records with Larry Ochs (Rova Saxophone Quartet) and Greg Goodman. In 1979 he recorded With Friends Like These with Fred Frith, a collaboration that lasted for over 20 years. In 1983 they recorded Who Needs Enemies, and in 1987 With Enemies Like These, Who Needs Friends? They joined with fellow experimental musicians John French, and English folk-rocker Richard Thompson to form French Frith Kaiser Thompson for two eclectic albums, Live, Love, Larf & Loaf (1987) and Invisible Means (1990). In 1999 Frith and Kaiser released Friends and Enemies, a compilation of some of their earlier work together with new recordings. 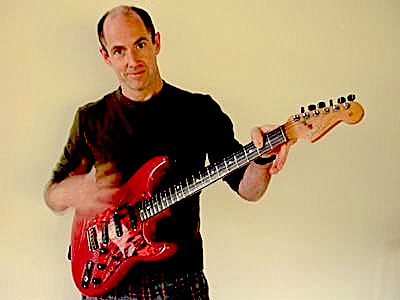 In 1991, Henry went to Madagascar with fellow guitarist David Lindley, where recorded with Malagasy musicians. Three volumes of this music were released by Shanachie under the title A World Out of Time.

Henry has appeared on more than 250 albums and scored dozens of TV shows and films. He was awarded a Grammy for his work on the Beautiful Dreamer tribute to Stephen Foster. 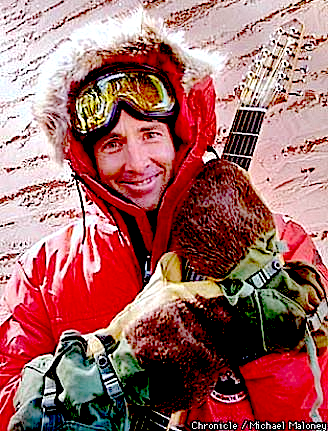 In 2001, Henry went to Antarctica on a National Science Foundation Antarctic Artists and Writers Program grant. He has subsequently returned for nine more deployments to work as a research diver. 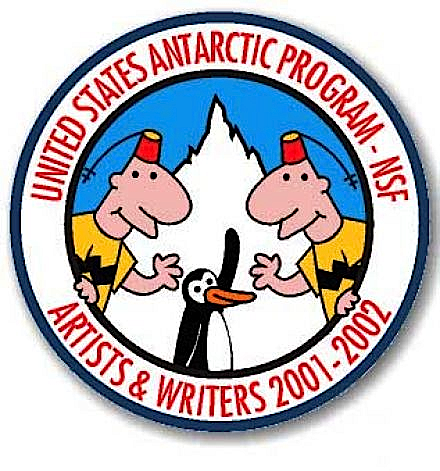 His underwater camerawork was featured in two Werner Herzog films, The Wild Blue Yonder (2005) and Encounters at the End of the World (2007), which he also produced, and for which he and David Lindley composed the score. Henry served as music producer for Herzog’s Grizzly Man (2005). He was nominated for an Academy Award for his work as a producer on Encounters at the End of the World.

Join us for a memorable night of encounters at (and slightly beyond) the end of the world….