Posted on January 2, 2013 by Administrator 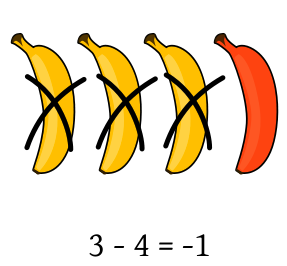 The superb series at the Crane House (for address/directions contact me at joe@joelasqo.com) has made it into one of the most interesting places to hear improv & new music in the Bay Area. I’m excited to play at this unique venue and its beautiful acoustics again with a solo set on Sat 05 Jan at 8pm. 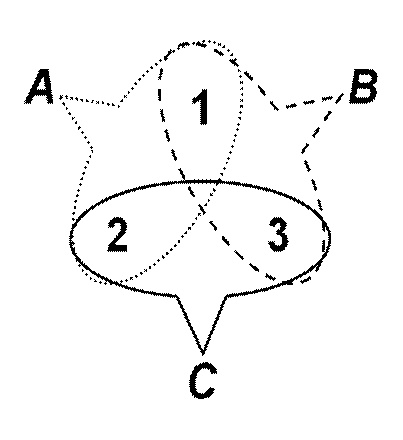 Absence and presence - which is foreground and which is background?

Afterwards, stay to experience a meeting of minimalist masters with A Cloud Has A Form But No Edges at 9pm — a new configuration of 6 boundary-pushing and boundary-ignoring musicians who’ve long played together in various ensembles like Addleds and the untitled ensemble behind the brilliant album, Idea of West:

Those who have heard the different configurations of this group know their uncanny talent for creating a music that’s as much — or more — about the notes that are not played than those which are sounded, creating an ectoplasmic intensity of omission via special unorthodox instrumental techniques. 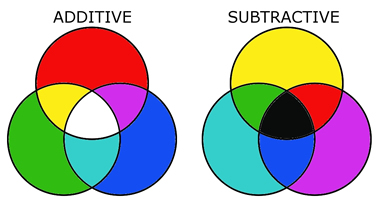 Another way to the rainbow...

Taking inspiration from these masters, I’ll be turning focus to a music of subtraction for this mixed laptop-piano show, introducing structures, procedures and meta-rāgas based around missing and disappearing elements, for example:

– “scale degrees” that must be omitted on the ascent or descent…

– key “scale degrees” that must never be sounded or executed — around which “donut holes”, the meta-rāga is paradoxically focused… 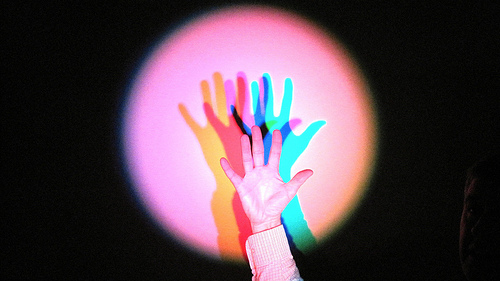 The colors red and blue are produced where the shadows overlap, and the frequencies are subtracted

Improv Grammar Diagram from "The Wisdom of the Impulse", by Tom Nunn

– since in a meta-rāga a “scale degree” can be a procedure as well as a pitch, some will contain self-modifying erasure grammars and subtractive algorithms to create melodies of removal…

– silence, cessation, and non-completion as active algorithmic and procedural elements 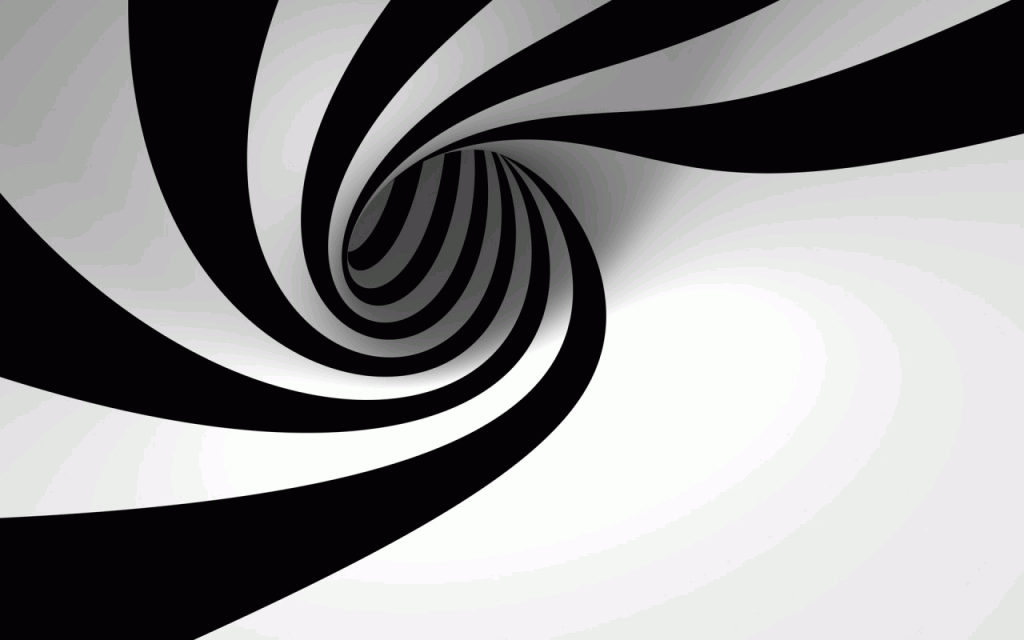 Come journey with me to a place that isn’t…

…and after we get there, we can experience the masters of musique degré zéro, A Cloud Has A Form But No Edges.

The members of this group form a paranormal research society focused on musical phenomena which may or may not exist, at the edges of conventional instrumental sound.

Artists of sonic space whose musical gestures and split multiphonics evoke the gaps and transparencies of dry-brush “flying white” (飛白) calligraphy, the members of this ensemble trace out the lines and textures of a moiré pattern between being and nothingness.

As quantum ripples of space/time/info are found at the extremes of super-low temperature superconductivity, vanishing particles, and recursive self-modifying code, so A Cloud Has A Form But No Edges pursues quantum ripples of listening at the edges of musical reality by means of the subtle application of a styrofoam plate to a koto, a bicycle chain to a contrabass, multiphonics that should be impossible, and other extended techniques.

A Cloud Has A Form But No Edges is comprised of 6 masters of minimalisme brut: 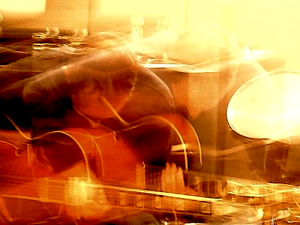 Starting as a rock guitarist, Kristian’s brain got fried courtesy of John Coltrane, sending him off into an extended exploration of jazz harmony, theory, and composition, while playing in numerous combos and large ensembles.

This eventually led him to realize his goal was beyond… in the worlds of non-idiomatic free improv.

Using an unadorned, pure sound as his template, Kristian rigorously explores and extracts from his instrument the melodies, rhythms, harmonies, and textures needed to express or complement a given moment of the improv. 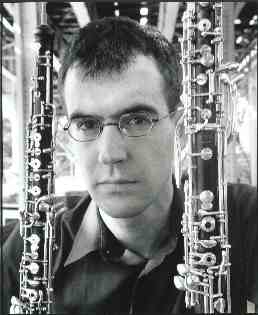 Shortly after moving to the San Francisco Bay Area in 2003, he became a member of new music collective sfSound and Quinteto Latino (a wind quintet specializing in Latin American composers). He’s worked with the San Francisco Symphony and most of the area’s regional orchestras, performed contemporary concert music with the Eco Ensemble and the San Francisco Contemporary Music Players, and accompanied 20th century opera productions with Opera Parallèle. He has simultaneously become firmly enmeshed in the vibrant local improvised music community; current working groups include Shudder, Addleds, and Pink Mountain.

From 1996 until his westward relocation, he was a fixture in Chicago’s experimental music underground; long-term affiliations include the electro-acoustic duo EKG, the art-punk monstrosity Lozenge, and the Creative Music quintet Wrack. 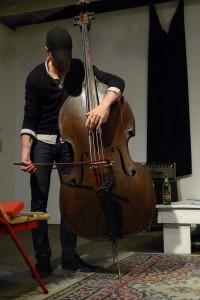 Tony has played bass guitar and toured extensively with groups including the Flying Luttenbachers, the Cold War, and Usurp Synapse. In recent years he has focused his attention on the double bass, and has completed a solo tour of the US supporting Ettrick and has recorded in a trio with Jacob Felix Heule and “Jacob L”. 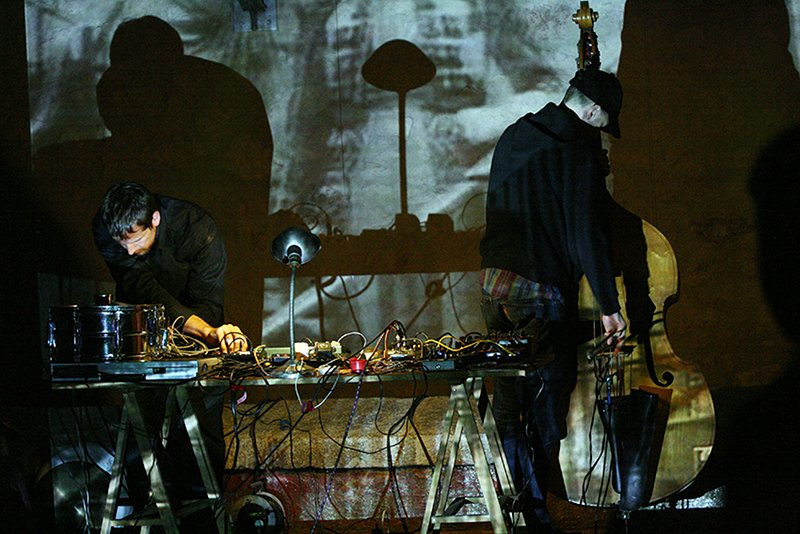 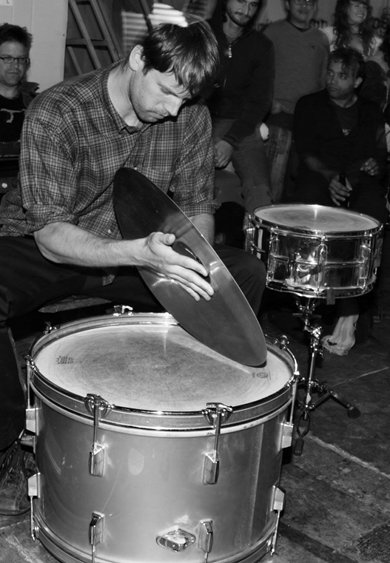 Jacob is a percussionist and electronic musician focused on sound-oriented improvisation following the traditions of electro-acoustic improv, noise, and 20th-C composition. His playing embraces both rough-edged intensity and disciplined instrumental technique.

In 2004 Jacob founded the acoustic grind duo Ettrick with Jay Korber. Both double on drums and saxophones in a style often described as a hybrid of free jazz and black metal.

Jacob has worked extensively with double bassist Tony Dryer, in a variety of groups such as Wormses (with Loachfillet) and Addleds (with Kyle Bruckmann and Kanoko Nishi). Their trio with “Jacob L” released the fantastic Idea of West on Creative Sources in 2008. Jacob and Tony also have a trio CD with Jack Wright, and have performed live with diverse musicians such as Michel Doneda, C. Spencer Yeh, Gino Robair, and Damon Smith. Since 2008 they have also operated as Basshaters, a duo project incorporating electronics in interaction with their acoustic instruments. 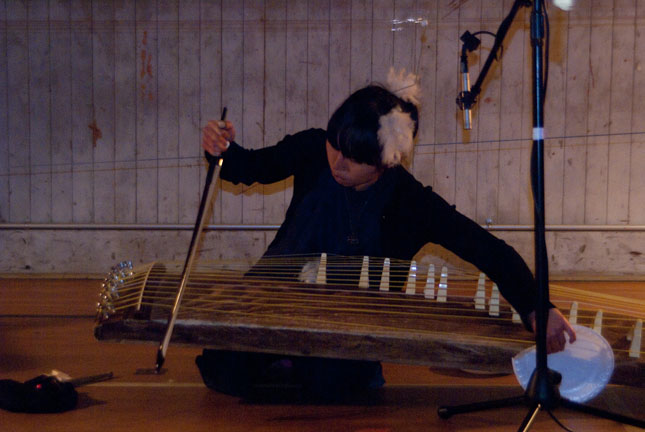 Kanoko is an improviser currently based in SF/Bay Area and holds a BA in music performance from Mills College. Although her primary training is in classical piano performance, she’s also interested in improvisational music making, both solo and in collaborations with other artists. Her mastery of various extended techniques on the piano and koto (箏), in addition to more traditional techniques, is brilliant and has widened the rage of vocabularies on each instrument and enabled them to adapt to different musical genres. Kanoko also enjoys collaborating with dancers, poets and visual artists to push the limits of her musical language and find ways to communicate with other forms of performance art.

Her recent interest has primarily been in performing 20th century and contemporary music on piano and koto, and free improvisation in a variety of contexts. 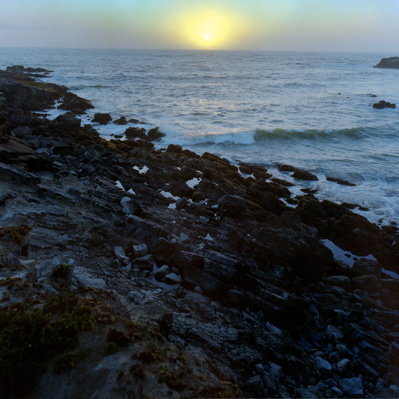 A superb album that ties together 3 of these great musicians is Idea of West by “Jacob L”, Tony Dryer, and Jacob Felix Heule, and I want to particularly recommend it.

Piercing and subtle, the unfolding improvisation and compositional structures emphasize purely acoustic sound production in a type of music/sound-art more typically dominated by electronics and create a new kind of “dim-lit chamber music… the interaction of the musicians is on the contrary revealing an utmost responsiveness to the slightest movement” (Massimo Ricci). Go buy it at this link.

Come open the year with us in a space whose center is everywhere, and whose circumference is nowhere — join us at the Crane House on Sat 05 Jan!