Infected by bebop at a tender age, Jim first took up the trombone in Minnesota, and by Mai ’68 was playing flute & sax, living in Paris, and jamming and performing with musicians like Sunny Murray, Albert Ayler, Sun Ra, Archie Shepp & Anthony Braxton, then shortly afterward beginning his musical association with Steve Lacy. 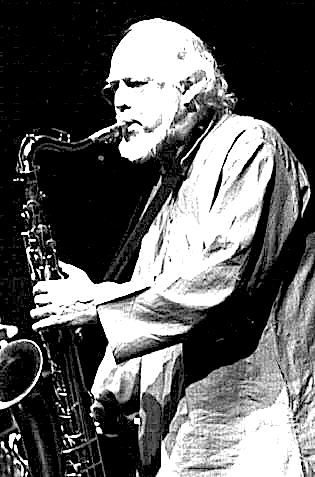 After stretching the boundaries of improv with the “Free Music Formation” in Paris and other European cities, Jim returned to the US, first jolting the scene in Washington, D.C., then moving to the Bay Area not so long before the Loma Prieta Earthquake (coincidence…?)

Since then, Jim has led a remarkable variety of improv groups, e.g. Green Alembic, Forward Energy, Left Coast Improv Group, the Electro/Acoustic Sextet of Oakland, Subjects of Desire, and Retro Blue, as well as participating in Marco Eneidi‘s “American Jungle Orchestra,” and the Orchestra for World Peace of Sun Ra trumpeter Eddie Gale.

Those who’ve heard Jim play have never been the same, and, after hearing his poems about surrealist elf sexuality, or seeing the powerful color energies of his paintings, are often never the same all over again. 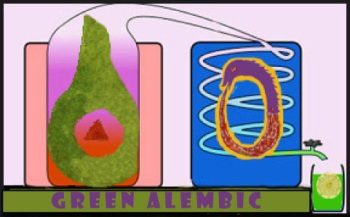 One alembic makes you smaller....

In addition to Jim Ryan (kalimba, flute, horn, word, image & leader), the line-up will also include: 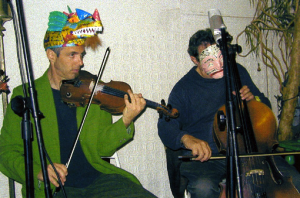 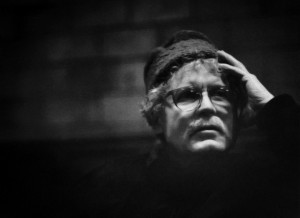 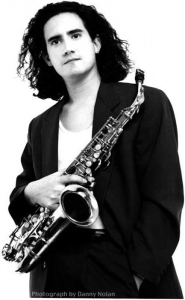 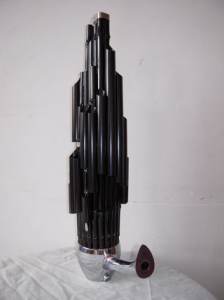 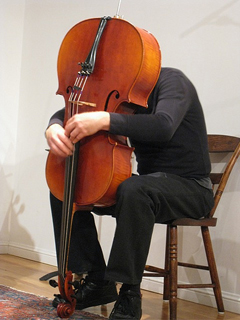 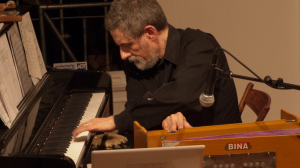 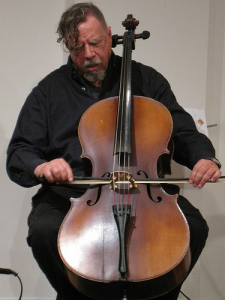 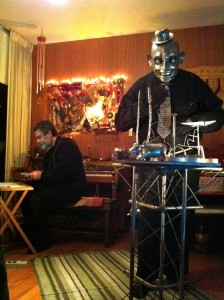 Grasping that the lack of an indeterminately-numbered amorphous unclassifiable string ensemble in the Bay Area constituted an emergency situation, Bob founded the Emergency String (X)tet to head off the unspeakable consequences. Among their many musical interventions have been Michelins VII and Michelins X, based on French roadmaps and premiered at Meridian Gallery.

Do not expect all the sounds to come from strings, and do expect chopsticks, alligator clips, and other instrument preparations. 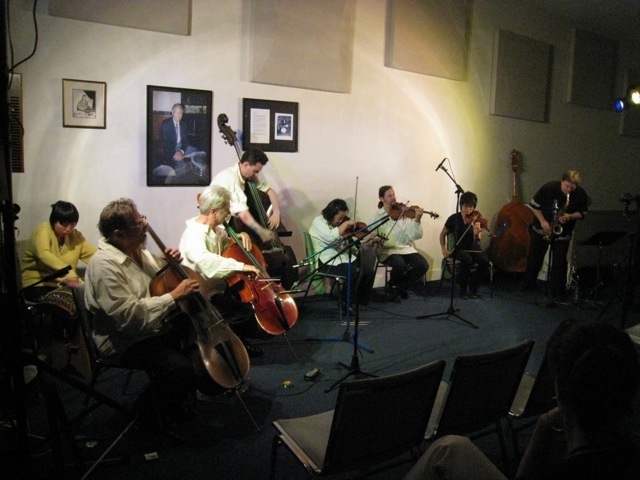 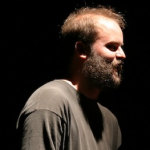 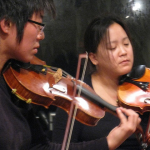 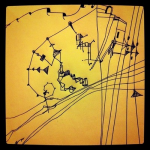 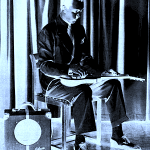 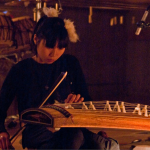 Hope you join us for an alchemical evening!